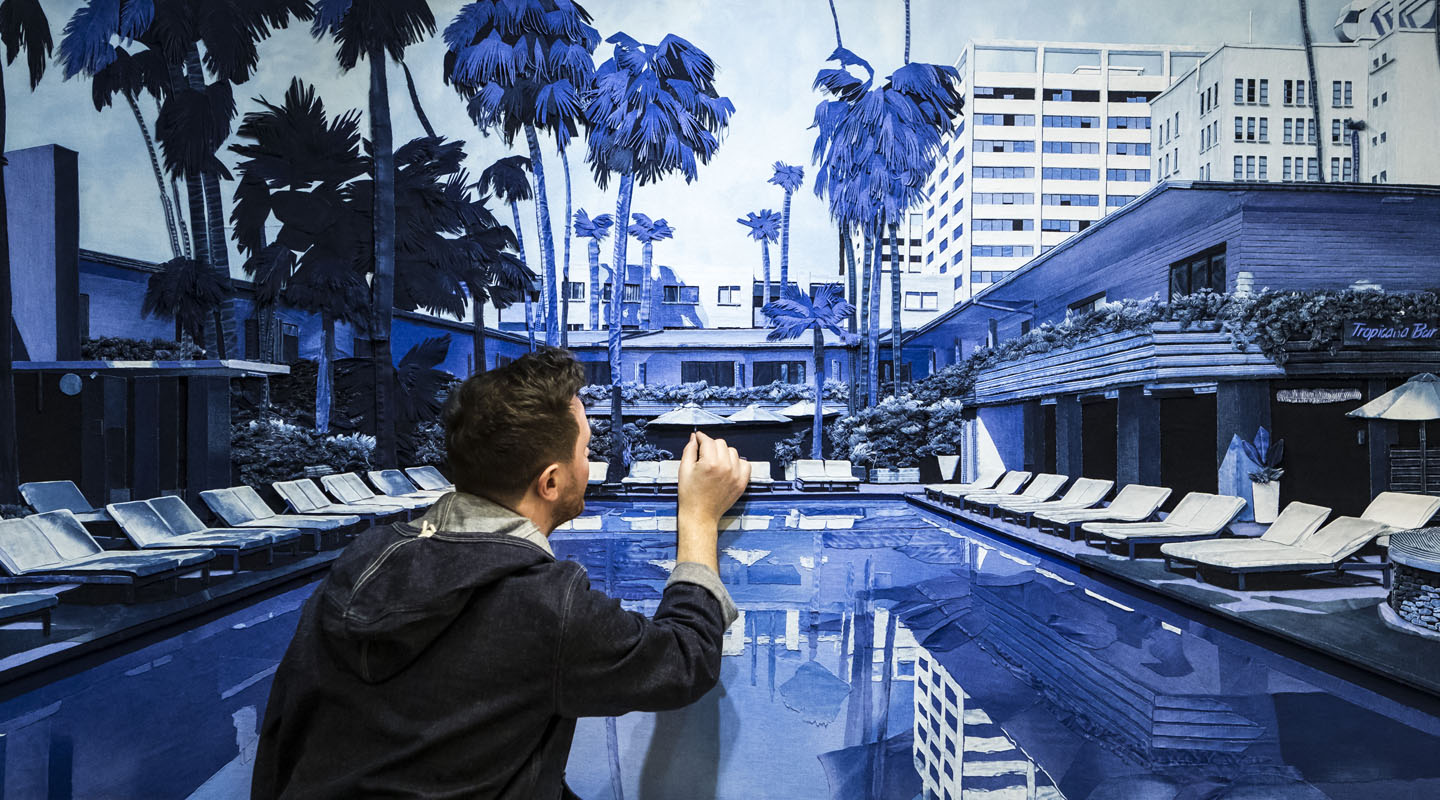 Worn jeans are the medium that British artist Ian Berry uses in his artwork. At first glance, it’s easy to mistake his works for blue toned photographs or indigo coloured oil paintings. Up close you realize that they are carefully put together by layer upon layer of denim...

Ian considers the recognizable feature of denim as a way to open up doors to understanding and context. His works reflect events and phenomena in our time and in the cultural history of denim.

It is hard to believe that it all started by one simple observation. Noticing a pile of old jeans and noticing the contrasting shades of blue. While working with denim he started to realize his own and other people’s connection with jeans. A material that we feel so comfortable with.

With some scissors and glue, this later became his main way of communicating. He soon became one of the most talked about young artists and has been written about as a top 30 artists under 30 in the world by Art Business News.

During 2020 – 2022 Ian will show in many museums across Europe and in the United States. His well known shows have included ‘ Behind Closed Doors’, ‘Living room’ and Hotel California.